[Editor’s note: Israel is a significant destination country for victims trafficked from Southeast Asia and the Commonwealth of Independent States. Also women from the former Soviet Union are sent to Israel, by well-organized criminal groups. At any given time, 3,000+ women traded for prostitution, are in Israel. Israel is known to be involved in the smuggling and trafficking of: weapons, drugs, organs and humans.]

UPDATE: CONFIRMED BY REUTERS – over 50,000 people now doing cleanup of radioactive debris from reactor 3. FINALLY the real numbers. Unconfirmed blogs say medical professionals have recorded over 800 radiation deaths of cleanup workers and have been told to keep their mouths shut under heavy threat in the name of “national security”. THAT MAKES SENSE.

This is the start of the new information that has come to light as a result of looking into who is doing the fukushima cleanup. This is the initial toe dip or introductory statement. Further details are forthcoming. This info is not yet complete because there is so much to put up.

For now, there are a claimed 5,000 workers doing fukushima cleanup, at least that is the number the ziopress is willing to admit to. I guess they think that is a believable number that people can cope with. But there is a huge problem with this number. And that is –

Over 700 different registered companies and at least 50 unregistered companies are involved in cleanup of radioactive debris left in the wake of the reactor 3 explosion. And if this adds up to 5,000 people, it means that only six people per company are working fukushima cleanup. That is not a believable number. It is my guess that the real number is between 50,000 and 100,000 people are working on Fukushima cleanup, numbers so high that they would result in hard questions being asked by the greater nuclear community and that is why the real numbers are being kept silent.

The official story right from the beginning is that the explosions were hydrogen gas explosions which would be harmless and incapable of spreading a lot of radioactive material. That is the only thing that can match a realistic scenario for boiling water reactors. You cannot, with such a reactor, get expulsion of hard material up into the atmosphere. Due to the inherent nature of the system, the only disaster scenario that can happen is melt downs and not explosions and expulsions of reactor cores. And since having huge amounts of radioactive debris spread over miles cannot in any non warfare, HARDWARE ONLY related situation happen, it is the job of the scamming ziopress and fake alternative press to hide the reality that this indeed happened, a reality which resulted in the need for an epic cleanup effort.

Reactor 3 never melted down before the explosion. It was destroyed by a nuclear weapon while still fully functional. This is the only thing that matches the scenario for what actually happened.

What proves this to be the case? It is the large amount of dust from the reactor core, dust which is now being cleaned up by thousands of admitted to, and probably upwards of a hundred thousand people. Reactor fuel pellets in a boiling water reactor are composed of uranium oxide dust which has a zircon cladding around the dust to keep it in pellet form. If the reactors had melted down before the explosions, there would have been no dust, the fuel would instead have been in the form of a liquid that would not have spread so readily and floated on the wind.

Furthermore, it took an extreme kinetic event to pulverize the fuel pellets and send the uranium oxide dust inside them skyward. To do this, first the explosion had to penetrate a final thick concrete shield immediately surrounding the reactor that is inside the inner containment. It then had to completely blow away the reactor pressure vessel, which is several inches of solid steel thick. After that, it then had to blow apart the core, to get to the fuel pellets, and THEN have enough energy left in the shock wave to pulverize the fuel pellets and send them skyward in the form of dust. There is no conventional weapon on earth that could do that, only a nuclear weapon could, and the proof that this event did indeed happen via a beyond conventional explosion is the fact that much of Japan is now completely covered in this dust. Neither the hardware of the reactor itself or conventional weaponry could create such a scenario.

And the bigger point is that if the reactors had only melted down, there would be no cleanup needed outside of the power facility. Yet melt downs are the only scenario the laws of physics support with the given materials and hardware absent a nuclear weapon blast, so melt downs are what scam sites like ENE news and others are pushing with regard to the dead starfish. And melt downs and open air gas explosions would never have destroyed or breached the inner containments, only explosives would, so why are these containments now leaking?

And that is precisely why they are being given death threats for speaking up about what is really going on with all of this. Obviously after the explosions, whatever was left of the reactors melted completely down. But at the time of the explosions there could not possibly have been melted reactor cores, the hard material now being cleaned up over 20 km away could not have come from that scenario.

The Japanese Mafia, which is under Jewish control at the top, is handling the cleanup

And HOW IN THE HELL DID THAT HAPPEN? I will tell you how – If you want to cover up a crime scene, have criminal organizations in charge of the cover up. Since we have a scenario that could not have happened absent an act of war, criminals have to handle it if it is to remain a suitable secret. If anyone speaks up, BOOM, they are dead. If anyone steps out of line, a bullet to the head. And Tepco could not possibly get away with this, they are not the ones in charge of it. All this criminal activity is taking place under the radar, via mafia controlled subcontractors with Jewish overlords at the top.

The contamination ended up being exactly what I said it would be from the beginning. But I was wrong about something – and that is that rather than abandon land, the Japanese are actually going to clean it up. This will involve the removal of all vegetation from thousands of square kilometers of land, and the top two inches of soil from all of that land along with the vegetation. The cleanup does not only involve the exclusion zone, it extends all of the way through Sendai.

And the big question is, WHY is this only coming to light NOW? I will tell you exactly why. It took this long for the public to mostly forget that officially, the fukushima disaster was only a little steam and a little loose gas. And Tepco could not and did not front a lie like that, the lie HAD TO come straight from the ziopress. Tepco initially stated that the radiation released was, in their own words “immeasurable” but the ziopress and nuclear blackmail silenced them within two days of them saying it. Now, over two years later, the public concience is sleeping on the topic and it is FINALLY safe for the ziopress to tell pieces of the truth, first starting with obscure news outlets such as AlJazeera because with an event that far back in the past people won’t care about the details and Tepco has been successfully blackballed.

They now have to begin telling at least pieces of the truth, because the scenario on the ground has become too obvious for the official lie to cover up. They are obviously calculating what information to release at what time to avoid having too many lights go on all at once.

The least influential people in Japan are doing the cleanup

The mafia contractors are taking the drug addicts, homeless, and other extremely disadvantaged and unsophisticated people and using them exclusively for the cleanup, especially at Fukushima proper. They are not having geniuses go in there. And there are reasons for this – this low economic class will produce the fewest complaints after being destroyed by the radiation, and this particular class of people will mostly lack the ability to question what is going on and what really happened to those reactors. The fact that death threats are being issued at all, the fact that the Mafia is involved with this at all should say it all.

In order to cover up a war crime this big, a police state style management had to happen to keep the people silent, which Japan does not have via the government. The mafia had to be brought in, and you can’t tell me the Japanese government is unaware. The Japanese government would not permit the cleanup via the mafia to happen as it is happening, but they are allowing it to proceed the way it is because they are under threat, which is:

In Magna BSP’s own words, with only 12 employees, IDF front company Magna BSP is handling the security for ALL of Japan’s reactors. Magna has to be an IDF/Mossad front company, because 12 people could not possibly either protect or threaten that many reactors. 12 claimed employees means it can only be a mafia style protection racket that is “protecting” Japan’s reactors, a “protection” racket which is run by the top criminals in the highest political places outside of Japan – and if Japan steps out of line, Stuxnet and more nukes go hot and it is BOOM to more reactors.

YOU GOT THAT RIGHT. VIA CONTROL OVER THE LOCAL YAKUZA MAFIA THE ISRAELI MAFIA IS RUNNING A MAJORITY OF THE SUBCONTRACTORS THAT ARE HIRING PEOPLE TO WORK FUKUSHIMA, AND I HAVE PROOF. … I MANAGED TO DIG WELL ENOUGH AND HAVE CONFIRMED – THE HEAVILY ISRAELI MOSSAD INFLUENCED ISRAELI MAFIA IS RUNNING MOST OF THE SUBCONTRACTING FIRMS HANDLING FUKUSHIMA CLEANUP VIA CONTROL OF LOCAL JAPANESE YAKUZA MAFIA GROUPS. … Now we know why at least one worker received death threats for speaking up about what is really going on out there.

“I submitted a visa application to the Israeli consulate in Tokyo, but was informed that a visitor’s visa is usually not granted because the Israeli mafia is growing rapidly in Japan” My comment: Yeah, with billions of dollars in Fuku cash they ought to be growing rapidly!

This one is cute! http://theuglytruth.wordpress.com/2011/03/23/rabbi-japans-disasters-due-to-prosecution-of-hasidic-drug-smugglers/

These collectively show that there is a very strong presence of the Israeli mafia operating in Japan, and as far back as 1990 the Israeli mafia had united with Yakuza. Given the skills of the Jews in taking over everything, simple logic would dictate that 25 years later, and current Japanese restrictions on Israeli passport visas for the sole purpose of keeping the Israeli mafia out, that Israel now owns Yakuza. If Yakuza and other mafia (Israeli) are providing a majority of the workers for Fukushima cleanup, it then follows simple logic to conclude that the orders for silence (or face death) threats given to workers have their origins in Israel, which is a nation in deep militarily strategic need of the best cover up possible. 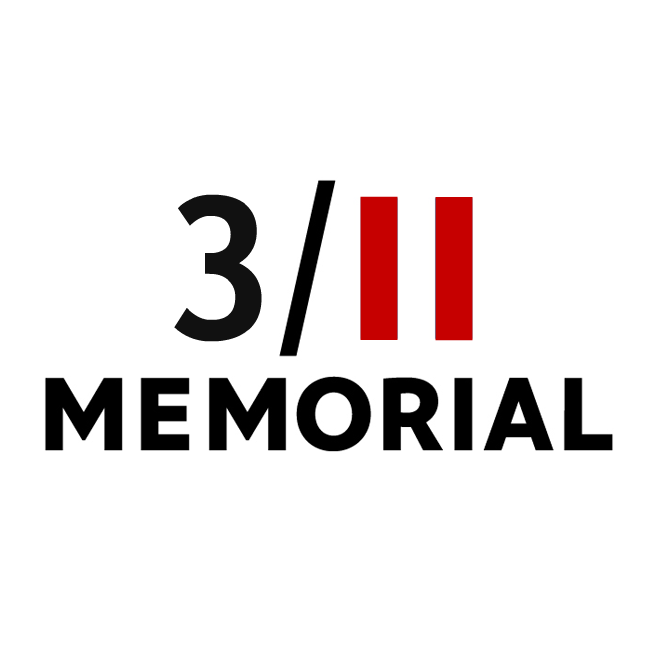